During the first few months of a newborn baby’s life, Cocoonababy® – the ergonomically shaped nest for babies – will reassure baby and help him adapt as well as possible to his new life. Lying in the Cocoonababy® nest, the child, having left the boundaries of his mother’s womb, feels ‘contained’ and comforted.

Already in use on neonatal units and maternity clinics, the Cocoonababy ergonomically shaped nest has now been made available for use in the home.

Cocoonababy, a nest with a double secret ...

The first ‘’secret’’ is the specificity of the foams used to make the nest in order to reproduce the elasticity and softness of the expectant mother’s womb. Neither too soft, too hard nor too flat, Cocoonababy® is made in such a way that its base is firm yet its surface soft. It offers the newborn the necessary transition between the comfort and freedom of aquatic life in the womb and the constraints of aerial life.
Cocoonababy® is not made from visco-elastic foam, gel or polystyrene beads, all of which maintain babies in the position in which they are first laid down and incite problems rather than solve them. In fact, it is made from the combination of two types of foam, one reactive, the other soft and welcoming. The design of the nest allows the child to turn his head from side to side and to move his arms in front of him, thus encouraging eye-hand coordination.

• It allows the child to touch his face and mouth as he did in the womb. He feelsreassured and does not suffer from what is known as "the fear of falling into space"
• It reduces gastric reflux from which babies often suffer during their first year
• It prevents the child from putting himself into a batrachian posture which is detrimental to his well-being and physical development
• It limits the risks of positional plagiocephaly– a cranium deformation known asflat head syndrome, commonly caused when baby sleeps on his back on a traditional mattress
• It improves both the quality and the length of time that baby sleeps since he feels reassured when in this posture
• It frees and directs the child’s movements helping him to acquire good eye-hand coordination – so important for his future development
• It improves the interactivity between the child and those around him. A child who sleeps flat on his back either looks at the ceiling or to one side only.  Whereas lying in the COCOONaBABY® nest he can look straight in front of him  and make easy eye contact, and can turn his head  from side to side to follow someone’s movements

The Cocoonababy® nest comes with:
• a removable wedge which enables the nest to adapt to the child’s size for the first 4 months.
• a white, made-to-measure Fleur de Coton® fitted cotton sheet• a Tummy Band which maintains the child in the ideal position yet does not restrict his movements (also available as an accessory).
Accueil
Inscription à : Articles (Atom) 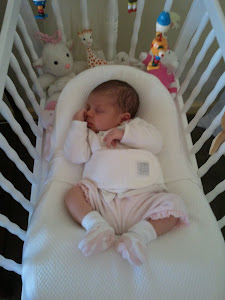 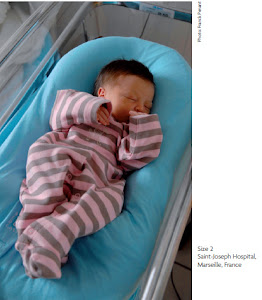 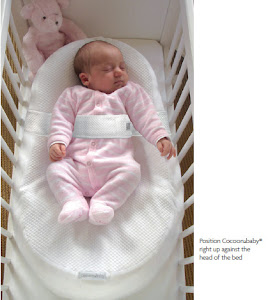 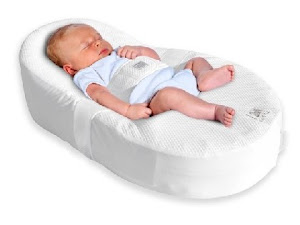 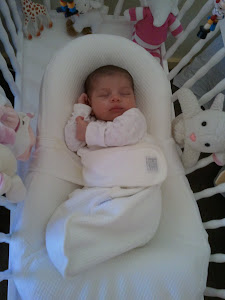 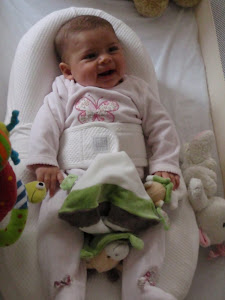 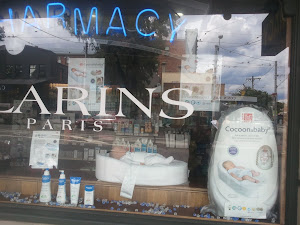